By Duncan Macmillan with Jonny Donahoe

Note: This title is replacing the previously announced title ‘The More Loving One’ which has been unexpectedly cancelled.

You’re six years old and your mom’s in the hospital because, as your dad says, she “finds it hard to be happy”. You start making a list for her of all the wonderful things in life.
No. 1 “Ice cream”
No. 6 “Rollercoasters”
No. 517 “Knowing someone well enough to get them to check your teeth for broccoli”
The list grows as you do, taking on a life of its own, eventually morphing into a million items and the very thing that helps you find light during your own darkest moments.
No. 999 “Sunlight”
No. 10,000 “Waking up late with someone you love”
No. 999,997 “The alphabet”
Every Brilliant Thing is a heart wrenching and hilarious one-man play that will have your belly laughing and your eyes brimming. Based on true and untrue stories and told with the help of the audience, it is a life-affirming story of how to achieve hope through focusing on the smallest miracles of life.

Content Warning: Although the play balances the struggles of life while celebrating all that is wonderful in living each day, Every Brilliant Thing contains brief descriptions of depression, self-harm, and suicide. It is recommended for audience members 14 and older.

If you or somebody you know is struggling, please call 988, The Suicide & Crisis Hotline.

Get Your Mini Pass Today for 20% off All Three Spring Shows!

Please be aware that, as of 1/2023, NC Stage is still requiring masks of all staff, audience members, and volunteers. Read more about this decision and our complete COVID-19 policy. 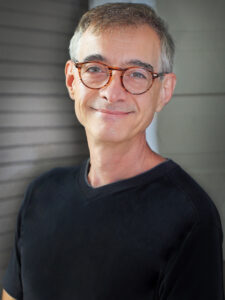 Scott Treadway and his daughter Ava live in Hendersonville.  2023 will mark his fortieth year as a WNC actor. Favorite shows include STONES IN HIS POCKETS, THE DROWSY CHAPERONE, GOD OF CARNAGE, a multitude of JEEVES shows, DIAL M FOR MURDER, THE 39 STEPS and the TUNA shows. Scott greatly appreciates you and your support for live theatre in these beautiful mountains. 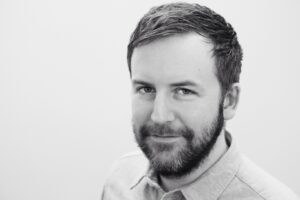