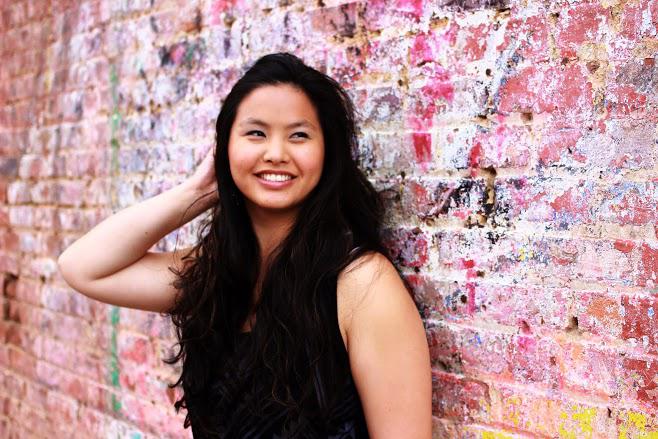 Emma Stoneberg, recent graduate of Catawba College, has been an Asheville native since middle school. While she spent her youth performing at Asheville Community Theatre, in high school productions, and taking education classes with NC Stage, she developed a passion for music. With Bachelor’s degrees in music business and popular music, an internship with Sleeping Giant Music Group at The Village Studio in Santa Monica, CA, and now equity experience under her belt, this young woman is a force to be reckoned with.

“My mom actually found the casting call on facebook for an actress to play a ‘19-year-old Chinese American college student’. So I thought, why not?”

Emma told me that she was not expecting Charlie’s phone call. In fact, when he offered her the role, all she could say was, “What. Really? Oh… Thank you! I’m just surprised.”

Do you find many similarities between yourself and your character Amanda?

She laughed. “I’m not quite ‘as out there’ but we are both blunt.”

Emma found many parallels between herself and her characters. Both Emma and Lily (a minor role also portrayed by Emma) are adopted from China and lived in Minnesota as children. Stoneberg’s real-life sister is even named “Amanda”. “I couldn’t help but think I was meant to be here when I started reading the script. I was eerily similar.”

So music, theatre, or both?

When I asked Emma what career path she was leaning towards she smiled at me and said, “good question!” Emma grew up in musical theatre and never imagined herself performing straight plays. Once she transitioned into collegiate music she did not picture herself returning to theatre this soon. “This process has definitely drawn me closer to straight plays…but I think I want to explore music for now. We’ll see! You never know.”

Emma shared some parting words about the rehearsal process: “Some of the most meaningful moments from rehearsals have been getting to know the cast and crew. It’s been interesting to hear everyone’s take on the show. During rehearsals, we each draw from different angles and experiences that really help to shape the show. Some work, some don’t, but no matter what, it’s been a fun and thought-provoking experience!”

To check out some of her music visit: www.emmastonebergmusic.com