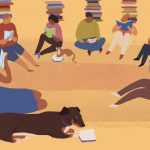 From Anne Hutchinson’s group aboard a Puritan ship bound for Massachusetts in 1634 to the 1996 announcement of Oprah’s Book Club, literary discussions have persisted as a tour-de-force in American culture. It is estimated that there are now more than 5 million book club members in the United States, with […] 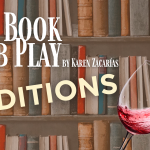 By Karen Zacarías Directed by Charlie Flynn-McIver DESCRIPTION “Book Club is like Lord of the Flies with Wine and Dip” A comedy about books and the people who love them. When the members of a devoted book club become the subjects of a documentary filmmaker and accept a provocative new […] 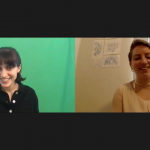 Thanks for joining us for A Defining Moment, a 3-part podcast series where we ask our artists about their experiences in 2020 and the state of theatre beyond. This week we sat down with Emma Lenderman, who played the part of Emmy in A Doll’s House Part 2 (2019). Prefer to read? […]