based on the stories of P.G. Wodehouse

An All New World Premiere! Once again, Bertie finds himself suffering the slings and arrows of misfortune at the hands of his relatives, caught between the magisterial machinations of his fierce Aunt Agatha and the plaintive pleadings of his cousin Egbert. An imperious Sir Roderick Glossop and his daughter add to another priceless predicament calling upon the redoubtable Jeeves to save the day.

This production is sponsored by

and presented by Jerry McAninch in Loving Memory of Bill McAninch

A note regarding navigation to our theatre:

Beginning January 16th, construction will take place on Walnut Street between Haywood Street and Lexington Avenue. This will impact travel time and traffic flow when navigating to NC Stage. Please plan to arrive early. For more information and to register for email updates, visit the Asheville city website by clicking here

Join us for a 1920s costume party and hors d’oeuvres before the show, then stay for photos on the set afterward! Ticket prices vary.

Scott Treadway* (Bertie Wooster) is so happy to be on the NCSC stage again. His favorite roles include Malvolio, Twelfth Night; Austin, True West; Mike, Rounding Third; Selznick, Moonlight and Magnolias; Harry, The Understudy; and Charlie, Stones in His Pockets. But his favorite role of all is Papa of Miss Ava Marie. Visit treadshots.com!

Peter Thomasson* (Jeeves) is delighted to make his NC Stage debut with good and long time friends. A 43-year member of SAG-AFTRA and Actors’ Equity, he appeared at Flat Rock Playhouse since 1993, most recently in Separate Beds. A company member of the Florida Repertory in Fort Myers, he was last seen as Ebenezer Scrooge and Captain Keller in The Miracle Worker.

Charlie Flynn-McIver* (Egbert Bakewell) is the Artistic Director and co-founder, with his wife, Angie Flynn-McIver, of NC Stage Company. He has appeared most recently in King Mackerel and the Blues are Running, Jeeves in Bloom, Jeeves Intervenes, Don’t Dress for Dinner, Rounding Third, Pericles, NC Stage’s World Premiere: Someone Else and Stalking the Bogeyman, Complete Works of William Shakespeare (abridged), and Boeing Boeing. At Flat Rock Playhouse he appeared in The Odd Couple, 12 Angry Men, and The 39 Steps. Prior to moving to Asheville, Charlie lived and worked as an actor in New York. Some credits include Hamlet, Loot, Art, Stones in His Pocket, All in the Timing, Chesapeake, and Macbeth. National Tour: Wit with Judith Light. Off Broadway: Ice Island: The wait for Shackleton (Melting Pot Theatre). NYC: A Wrinkle in Time (Lincoln Center Institute). Directing credits for NC Stage include Grounded, The Book Club Play, The Understudy, R. Buckminster Fuller: The History (and Mystery) of the Universe, Hedwig and the Angry Inch, Annapurna, 4000 Miles, All is Calm, and the Catalyst production of Fight Girl Battle World. Charlie has a Bachelor of Music in Music Theatre from Shenandoah Conservatory of Music and an MFA in Acting from the University of North Carolina at Chapel Hill.

Callan White* (Aunt Agatha) was last seen at NC Stage in the Immediate Theatre Project (ITP) production of Silent Sky. She has also played Florence Foster Jenkins in Souvenir, Aunt Agatha in Jeeves in Bloom, as well as appeared in Other Desert Cities, Annapurna, and in the world premiere of Stalking the Bogeyman, Angels in America, One Flea Space with NC Stage. Other plays with ITP include Glass Menagerie and Dead Man’s Cell Phone. Callan has played major roles in prominent regional theatres around the country including Berkeley Rep, A.C.T., Long Wharf Theatre, Ensemble Studio Theatre and the Kennedy Center. In film she was the Mother in Nicholas Spark’s The Choice. Other Films: Time Traveler, Rockford Files, Donor Unknown, and The Tempest. Television guest starring roles: Star Trek, Crossing Jordan, Strong Medicine, The Practice, JAG, Murphy Brown, LA Law, and The Profiler. She starred on ABC’s Loving as Ann Alden. Local directing credits include NC Stage’s recent production of 12 Dates of Christmas, Freud’s Last Session at the Front Porch Theatre in Black Mountain, and the critically acclaimed Better Strangers at the Magnetic Theatre. Special thanks to Kelley. 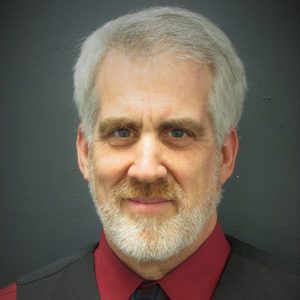 John Hall (Sir Roderick Glossop) is pleased to be appearing in his third Jeeves play with NC Stage. John has performed in regional theatre, local productions, and the Biltmore Estate as an actor, storyteller and vocalist. He appeared recently as Stache in a joint Theatre UNCA/ Asheville Community Theatre production of Peter and the Starcatcher, as well as Mark Rothko in RED, produced by John’s company, Mockingbird Theatre Productions. John is celebrating his fifteenth year teaching sixth grade at Art Space Charter School, and is the proud father of Anna Kate Hall, a senior in the BFA program at Catawba College. 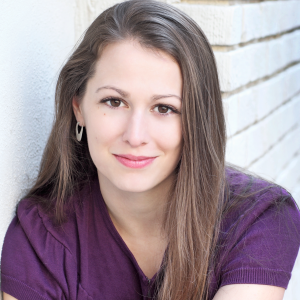 Maria Buchanan* (Red Hot Maisie Dawson) Maria is excited to be playing at NC Stage again! Previous shows here include: Jeeves Takes a Bow (Ruby), The Twelve Dates of Christmas (Mary), and the world premiere of Brave New World the Musical. Other recent regional credits include: Live from WVL Radio Theatre: It’s A Wonderful Life (Mary Bailey) with Immediate Theatre Project; South Pacific, The Diary of Anne Frank, The Fantasticks, and A Christmas Carol at Flat Rock Playhouse; the world premiere of 101 Dalmatians (Misses) and The Secret Garden at Children’s Theatre of Charlotte; and Annie (Grace Farrell) and 9 to 5: The Musical (Judy). Maria lives in Asheville with the sweetest husband, little boy, and doggie a girl could want. She is a proud member of Actor’s Equity Association.

Refund Policy
Please note that tickets purchased at the box office, the phone or online are non-refundable. If you need to change your seats or change your show-time, you must visit or call the box office 24 hours prior to the performance. Same day cancellations cannot be refunded or credited towards a different performance. If you have any questions email us at [email protected] or call 828-239-0263.