Markus Potter, born in Concord, CA, received his BA in Theatre from San Francisco State University. In 2000 he relocated to New York to pursue an MFA in Acting at Columbia University. He now resides in the Upper East Side of Manhattan with his wife Nicole and his children, Tennessee and Juliet. 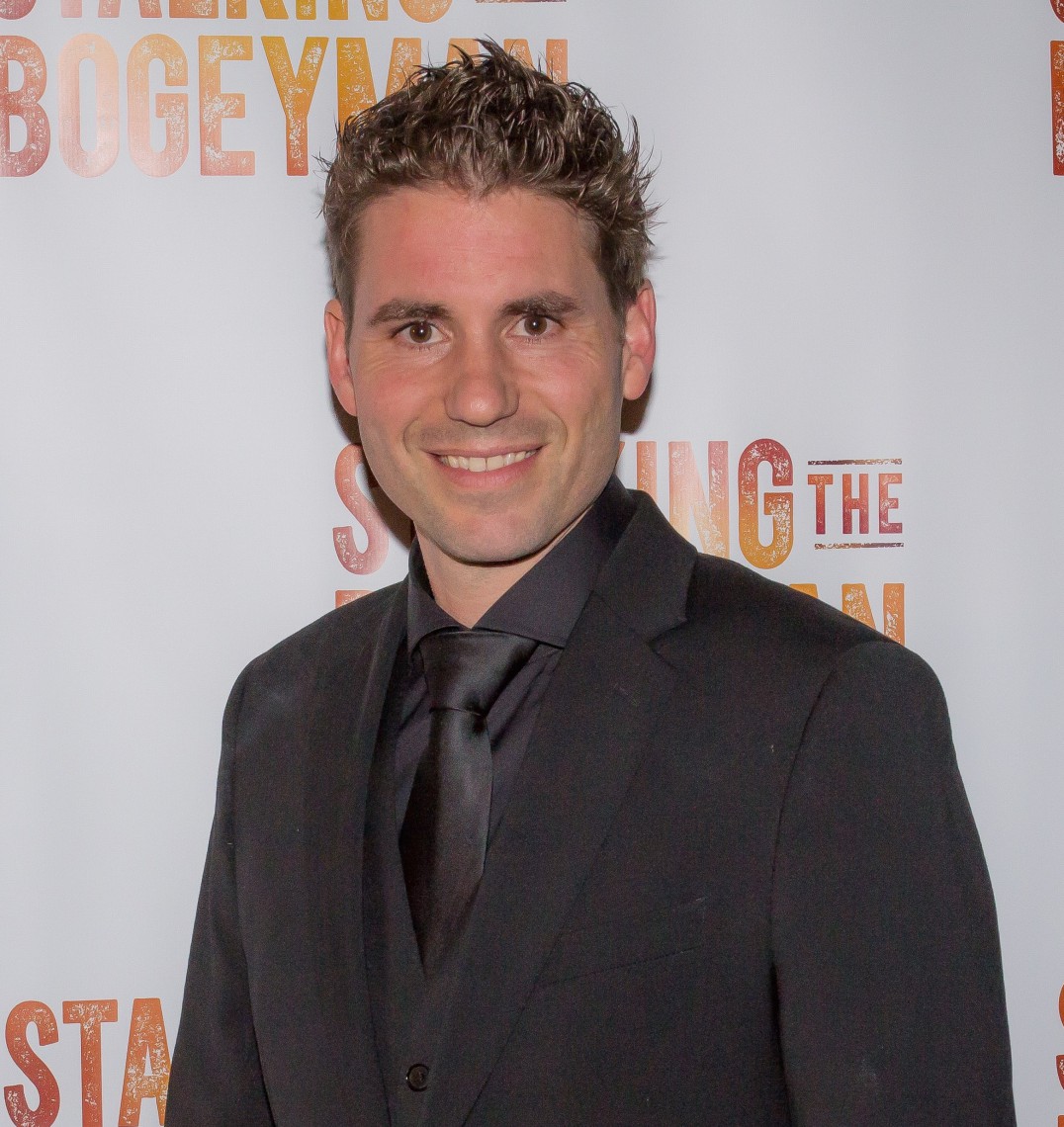 Where did your theatrical career begin?

“After graduating from Columbia University I worked primarily in the regional theatre as an actor.  I was lucky to have worked in some of the great theatres around the country like the Guthrie Theater, Long Wharf Theatre, The Denver Center, and Berkeley Rep. One of my career highlights was playing Biff in the tour of Death of a Salesman opposite Christopher Lloyd. Over the years I began transitioning out of performing and into directing and producing. In 2012, I founded NewYorkRep (NewYorkRep.org) where we develop and produce new plays and musicals. In 2014 I made my Broadway debut as a producer with Eric Coble’s The Velocity of Autumn. I am lucky to have been collaborating with many amazing writers and theatre artists in the creation of new work that has an impact and message…stories that reveal truths about the universe, stories that expose the travesty and beauty of human kind, stories that create empathy.”

I discovered that in addition to his work with NewYorkRep, Potter is a freelance theatre director, and adjunct professor of acting and directing at both Adelphi University and the American Musical and Dramatic Academy. {Interviewer’s side note: “What a career!”}

He smiled. “One impactful project of my career, Stalking the Bogeyman, had its world premiere right here at NC Stage. I had the pleasure of directing this production and had a wonderful collaboration with the staff. Everyone played a critical role in helping shape the story before we opened in New York.  After its world premiere at NC Stage, we opened off-Broadway at New World Stages. Our Off-Broadway production received some amazing accolades, including New York Times Critics Pick and Outer Critics Circle Award nomination.  Most importantly it was incredibly gratifying to know that we were helping a lot of people heal through its story, and maybe even find forgiveness in their lives.”{For more details about this piece and its upcoming London debut, visit StalkingTheBogeyman.com}.

Markus laughed and explained, “I have lived in Dave’s shoes. I have felt like a Man-Child (a possible title for the play by the way). Heck, I am a Leap Day baby, so I have felt like a kid my entire life. I understand Dave’s reluctance to “grow up”. I have even felt the pressure of “trying” to make babies and experienced Dave’s deep fear of starting a family.  I have experienced Dave’s fear of becoming a “nonentity” and I understand Dave’s temptations. I connect to feeling baffled and confused by this thing we call love.”

What drew you to Someone Else?

“Every play asks a question. One of the questions Someone Else asks is: “Will love find its way home to this marriage?” If love is easy to have, than commitment is difficult to keep. What is more romantic than giving your life and your love to one person forever? I think our playwrights tap into a vulnerable truth in this play. Starting any endeavor on the right foot is easy. How you finish the race is another matter. Marriage, love, and devotion are popular topics with writers because we never know what our loved ones are really thinking. The play provides a focused window into the wide world of marriage. Love is messy, funny, and wonderful. I think you will find this play showcases all these aspects and does so with extreme humor and beauty throughout.”

For more information on Markus Potter, check out the following: