Scott Treadway and Charlie Flynn-McIver have been seen together onstage in western North Carolina for two decades in over a dozen plays, but NC Stage’s upcoming solo show Every Brilliant Thing — in which Treadway is the only actor and Flynn-McIver directs– will mark the first time Flynn-McIver has directed Treadway one on one.

Charlie on working with Scott:

“Scott and I have been working together for 20 years now. And anybody you work with over and over like that– particularly in the type of shows we work on which really rely on a repartee with one another– you’ll have this kind of short hand where someone will have an idea in rehearsal and the other person will just finish the sentence. We’re sort of thinking on the same wavelength, and that’s always rewarding.”

Scott on working with Charlie:

Take a pictorial look back on their theatre history together, and then book your ticket to see this one of a kind play! 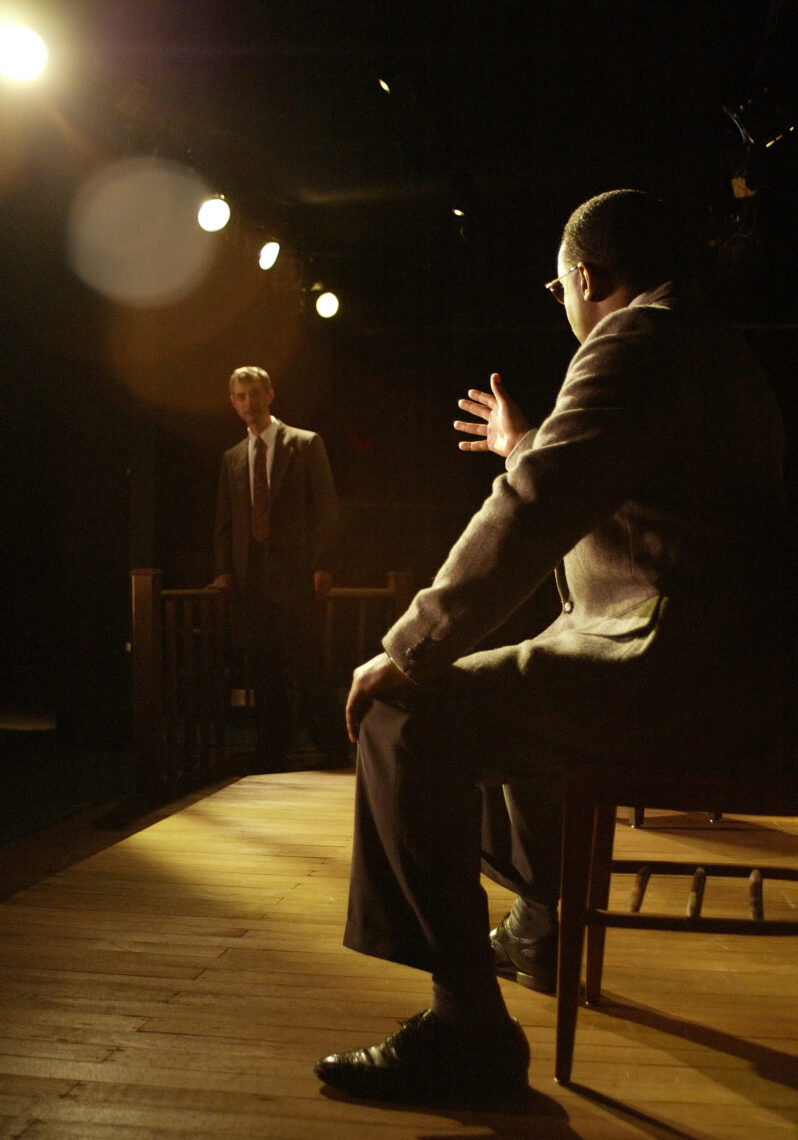