Please be aware that, as of 10/2022, NC Stage is still requiring masks of all staff, audience members, and volunteers. Read more about this decision and our complete COVID-19 policy.

Sharon, in her mid-fifties, is recently divorced and needs a roommate to share her Iowa home. Robyn, also in her mid-fifties, needs a place to hide and a chance to start over. But as Sharon begins to uncover Robyn’s secrets, they encourage her own deep-seated desire to transform her life completely. A thoughtful, edgy comedy about what it takes to re-route your life – and what happens when the wheels come off.

“A play where The Odd Couple meets Breaking Bad, and where women of a certain age are visible again to society.”

Virtual showings via livestream have ended for this production.

Please join us at the theatre if you are able!

The Company of The Roommate 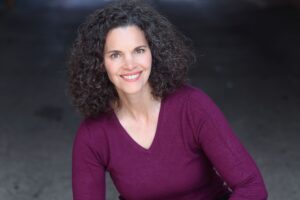 Jennifer Gatti* (Robyn) Jennifer is thrilled to be back at NC Stage! She was last seen at NCSC in Lifespan of a Fact, Don’t Dress for Dinner and The Book
Club Play. Other Asheville theater credits include Landscape with Missing Person (Magnetic Theater/NYC Fringe), and The Evolution of Woman (MT). Jennifer has been a professional actor for most of
her life. She began her career in New York as a series regular on the soap operas Search for Tomorrow and Guiding Light. After several years of working in TV and theater in NYC, Jennifer eventually moved to Los Angeles where she continued to work steadily. Some of her notable credits include Star Trek: TNG, Star Trek: Voyager, ER, Cheers, Full House, The Young and the
Restless, JAG, CSI:Miami, Navy: NCIS. While living in LA, Jennifer was a proud member
of the Antaeus Theater Company. Since moving to Asheville, she has continued working in
the southeast region, with recent appearances on Vice Principals, The Resident, Nashville,
and Swamp Thing. Thank you all for coming and supporting local theater!

Callan White* (Sharon) Callan was last seen at NC Stage in March in Jeeves Intervenes. With North Carolina Stage Company she has performed in
Other Desert Cities, Souvenir, Annapurna, the world premiere of Stalking the Bogeyman, Jeeves Saves the Day, Jeeves in Bloom, and Angels in America. Immediate Theatre Project Productions include Who’s Afraid of Virginia Woolf, Silent Sky, The Glass Menagerie, and Dead Man’s Cell Phone. Her last production with SART was The Lyons. Callan has played major roles in prominent regional theatres around the country including Berkeley Rep, A.C.T., Long Wharf Theatre, Ensemble Studio Theatre and the Kennedy
Center. In film she played the Mother in Nicholas Spark’s The Choice. Other Films: Time Traveler, Rockford Files, Donor Unknown, and The Tempest. Television guest starring roles: Star Trek, Crossing Jordan, Strong Medicine, The Practice, JAG, Murphy Brown,
LA Law, and The Profiler. She starred on ABC’s Loving as Ann Alden. Local directing credits include NC Stage’s production of The 12 Dates of Christmas, Freud’s Last Session at the Front Porch Theatre in Black Mountain, and the critically acclaimed Better Strangers
at the Magnetic Theatre. Callan is a Theatre Professor at Western Carolina University.

Angie Flynn-McIver (Director)
Angie is the co-founder of NC Stage, where she has directed many plays including Frost/Nixon,
Angels in America, Rosencrantz and Guildenstern Are Dead, and the Jeeves series. Angie holds
a degree in Theatre from Smith College and a Master’s in Organizational Development and
Leadership from Fielding Graduate University. Angie is the president of Ignite CSP, a coaching
firm that trains people in presentation skills, public speaking, and intentional communication.
Her book, ‘Before You Say Anything: How to Have Better Conversations, Love Public Speaking,
and Finally Know What to Do with Your Hands’, was published in October 2021.

Lindsey A. Moss* (Production Stage Manager)
Lindsey is beyond thrilled to be back at NC Stage and to be part of this wonderful production.
Previous credits include Hairspray, Les Miserables, The Last Five Years, and Miss Saigon
(among many others) at Flat Rock Playhouse; Vrooommm! at Triad Stage; and Twelve Dates of
Christmas-2017 & 2018 and The Lifespan of a Fact at North Carolina Stage Company. Many
thanks to Angie, Charlie, this wonderful cast, and the entire NC Stage team for inviting me
back and a BIG thank you to YOU for supporting the return of live theatre.

Julie K. Ross (Scenic Design)
Julie is a Florida State University grad that is based out of Asheville, NC where she continues
to design and paint in every capacity she can find. She has missed theater immensely and is
overjoyed to be back in action this season! Julie is thrilled to be working with the NC Stage
team again. Past NC Stage productions include: Jeeves Intervenes, A Doll’s House 2 & Handle
with Care. When she’s not designing sets for the theater, she stays busy painting amusement
parks, commercial murals and signage and residential faux finishes. You’ve probably seen her
work at Dollywood (Wildwood Grove), Bass Pro Shops or the new Melting Pot Social. You
can see examples of her work at www.juliekross.com.

Kenneth D. Horgan (Technical Director / Props Design)
Kenneth has worked in the entertainment industry for 30 years and has worked with NC Stage
since 2015. He is a soldier, a student, a musician, a son, a brother, a husband and a father. He
would like to thank Lynne and Maxwell– without whom life would be really boring– and lastly
to Scot “Theo Bassline” Macmillan who may be gone but whose legacy will never be forgotten.